"It used to take me 2 or 3 hours to prepare the lessons, but now, I can do it in 15 minutes! Not only are my students' grades better, I'm several times more productive and have much more quality time to spend with my family." 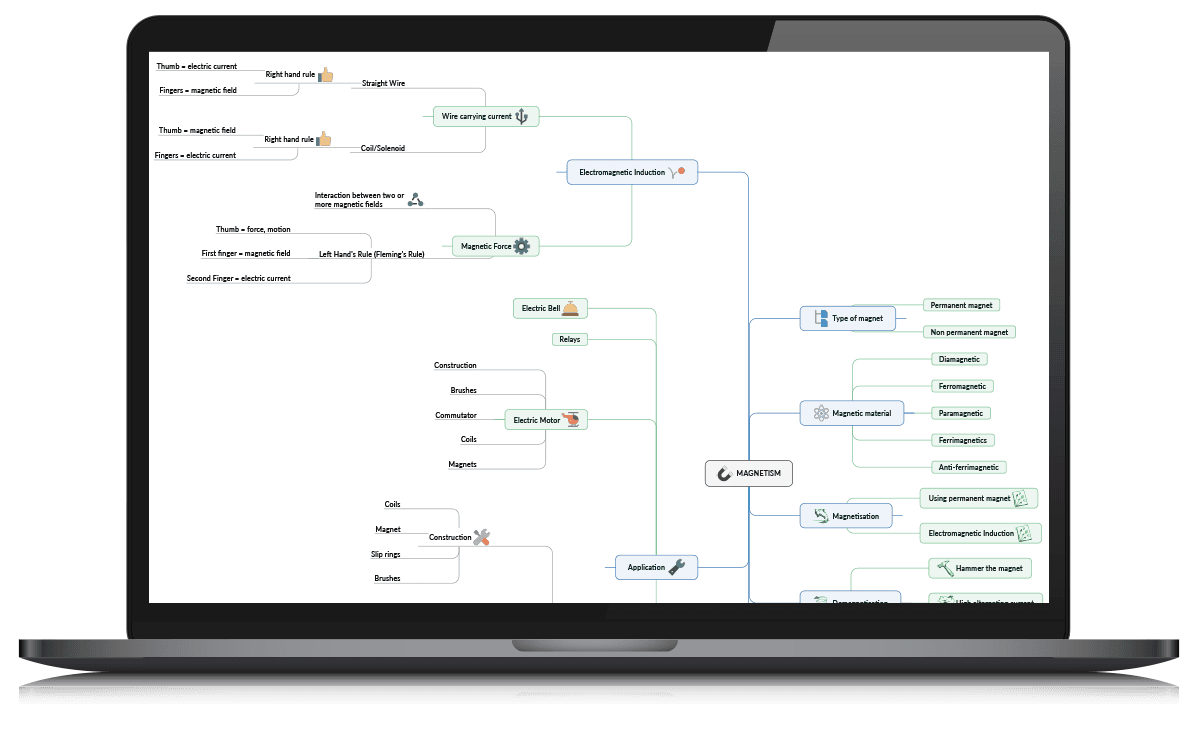 Increase in lesson quality via more structured and easier-to-understand plans.

Students retain more information through the visualization of complex concepts and terms.

Higher grades in all classes with failing students now at or above the borderline.

"Less is more with MindManager! For less effort, I can deliver more valuable learning content to my students."

As a Physics and Mechanics teacher, Sutarto saw that many of his students were having difficulty understanding complex scientific concepts, creating connections between chapters and topics, and completing calculations.

Concerned for his students' below-average grades, Sutarto applied a variety of best practice teaching methods: different presentation techniques, video demonstrations and simulations, and practical applications in the lab. Nothing seemed to work. After consulting with his colleagues, he received a suggestion to use more visualization or diagramming in his lessons.

Sutarto searched the web for different visualization solutions. After trying a number of diagram and mind mapping apps, he settled on MindManager® as the perfect solution for his needs, due to its ease of use and ability to quickly organize and structure complex ideas and concepts.

MindManager enabled Sutarto to create step-by-step breakdowns of his lessons, helping students to visually understand complex concepts and calculation-based problems. Each of his lessons would have its own unique map that explained a scientific concept, and drew connections to previous course material. The Export and Publish features of MindManager allow Sutarto to share the maps to his students' phones or computers the night before the lesson, or print them out to keep in their notebooks.

Sutarto now also uses MindManager to brainstorm material for each lesson, create lesson summaries, plan for teacher meetings, and even do project and event planning for his role with the student council.

"You know Physics, most students don't like it," says Sutarto. "But after using MindManager, they've started to become much more interested in the subject matter and participate much more in class." In just a few short months, he witnessed dramatic improvement in his students' understanding of basic and advanced scientific concepts. He credits this to MindManager's ability to break down complex theories into bite-sized pieces of information. "I discovered that students now find it easier to follow. They can track which part of a theory they do not understand and work harder on that specific element."

And the results speak for themselves. "The grades on the units tests after starting to use MindManager have been really, really good. They've increased drastically," says Sutarto. And on a personal level, Sutarto says that MindManager has made it easier for him to track which parts of the curriculum need more work and has drastically sped up his lesson planning. A lesson that used to take two to three hours to plan now only takes 15 minutes, and provides significantly more value to his students. "I'm several times more productive and even feel more personally engaged with my students," says Sutarto. "And the most important thing that affects my daily life is that I have more quality time with my family."

Streamline how you and your team meet, collaborate, and share. Get your free, full-feature 30-day trial today at: www.mindmanager.com/myfreetrial